This article focuses on the history of GETchan and its main board, /GET/. To read about GETchan's second board with its own history, see /ref/. For the board that was briefly part of GETchan and used to be known as Lunachan, see /luna/.

GETchan (Full name: GETters' Soviet Socialist Channel) is an autonomous subdivision of Bunkerchan. The name "GETchan" can either be used to refer to the boards /GET/ and /ref/ collectively or just /GET/ on its own. Along with Lunachan and MLPchan, it helped to found the United Chans.

The GET Threads were a long lasting serial thread on Ponychan's /oat/ and later /chat/ boards. They consisted of people known as "GETters", users who actively aim for repeating digits in their post number, also known as GETs. They began on 14 May, 2011, were moved to /chat/ for the 150th thread on 15 July, 2011, and concluded on 12 November, 2011. The threads are currently on a hiatus and it is uncertain if they will be making a return. They were founded by a user by the name of Comrade King because of a thread only days earlier where he realized his love for the repeating digits. Over the months that the GET Threads ran, a community of its own developed. Soon the GET Threads became known as the "GET/Hangout threads".

Eventually people who did not even attempt GETs at all came across the threads, instead wanting to become part of the community that was created. As the threads grew, negative sentiment for the threads themselves also grew. The GET Threads became the longest serial thread on Ponychan, but it also became an object of distaste for some users. Comrade King and a friend of his, Steven Magnet, then decided to found their own chan, GETchan. Asking for help from Stevenchan's admin, Shinmera, the two were allowed to host their site on Stevenchan's server. For a small period of time, the GET threads and GETchan existed alongside each other. However, some Ponychan users who disliked the GET Threads followed the link to GETchan and continued to aggravate the GETchanners. The whole ordeal was resolved on 12 November, 2011, and the GET Threads were discontinued to prevent any further mishaps.

Tymoon GETchan was founded on 6 November, 2011. Upon splitting ties with Ponychan, many GETchanners saw the future as bright. However, using Stevenchan's host meant that GETchan was not truly independent. Disagreements over how GETchan should be run occurred constantly between the GETchan staff and Stevenchan staff. After months of being told what to do, the staff of GETchan decided to found a fully independent GETchan. This, of course, could not be done without pissing off the Stevenchan staff one last time. With a backup already in hand, Steven Magnet began to talk shit about Shinmera on GETchan until his last fuck ran out and he deleted the chan from existence. Two days later, the newly independent GETchan arose, with both admins agreeing to build the new one from scratch.

SSR GETchan was founded on 10 January, 2012. After finally becoming independent, the GETchanners were at a loss as to what ideals to build their chan on. Not wanting to repeat what had happened on Ponychan and Stevenchan, they decided to build a chan based on the community. GETchan vowed to treat its posters with respect and made sure that they had rights over the chan itself. Citizenship was introduced which allowed the chan to both keep track of its regular posters as well as ensure that the users could vote without worry of any sort of rigging. Elections were successful and all of GETchan's staff became elected officials. Over time GETchan became a communist chan, with users realizing their shared ideology. The chan gradually became more politics-oriented, with communists dominating the political climate.

After /ef/'s deletion on Ponychan, r/ef/ugees flooded GETchan, using it as a base of operations. GETchanners disliked the fact that these r/ef/ugees were using their chan for their own personal gain, as well as trying to make GETchan a second /ef/. As such, hostility grew between the two groups until efchan was created and the r/ef/ugees left. Relations between the two chans were virtually nonexistent until the founding of the United Chans, where Lunachan and GETchan desired that efchan become the third founding member. However, efchan refused, and remains to this day the only chan to refuse membership. This only served to worsen relations between the two chans. Instead, the newly launched MLPchan became the third founding member and the three created the United Chans, as well as forming the Lunachan Pact.

Relations worsened further when an influx of efchan users began to flood GETchan once again, this time with no known reason. Eventually relations had worsened to the point where staff of both chans recognized that they were in the middle of a cold war. Staff of both chans declared it as such on 14 November, 2012. While Lunachan remained neutral, MLPchan stuck at GETchan's side. Meanwhile, efchan attempted to rally support and it received some, but not as much as they had desired. After banning all efchan-related activity for an entire month, efchan became infuriated with GETchan. Some users that broswed both chans decided to pick sides, and some users left either chan for good. The cold war continued with events like these until MLPchan decided to leave the Lunachan Pact, dissolving it.

Following a fatal 504 error on GETchan on 11 March, 2013, Comrade King contacted Solen (Steven Magnet's replacement) about the issue, who replied that it would be best to wait to see if the problem would fix itself. Instead of sticking to this plan, however, Solen had been secretly working on a new chan with the intention of replacing GETchan. This new chan was officially launched on 13 March, 2013, and rather than informing Comrade King, the site's original co-founder, Solen worked together with Star Fall, a former moderator, and Inferno, a professional coder unrelated to GETchan, to create a new chan: Oniichan. Retrospectively, the trio is known as the Solen–Inferno Clique. The Clique soon declared Oniichan the "National Socialist Republic of Oniichan" to counter GETchan's official name at the time, the "Soviet Socialist Republic of GETchan". Soon afterwards, Oniichan formed ties with efchan, leading GETchan to declare Oniichan its enemy. This meant that GETchan was now in a 2 vs. 1 situation. Now GETchan's main focus was on Oniichan, and vice versa. GETchan remained alone until they formed relations with /ref/ and Dubschan, two non-pony related imageboards. Both were happily welcomed into the United Chans.

Oniichan began to struggle as most of the userbase shifted back to GETchan after the backup of the site was restored. Not long later, the staff of Oniichan announced that Oniichan would be shutting down. This news did not delight GETchanners, but rather made them weary that the whole event had happened. Later still, Dubschan shut down, resulting in /ref/ becoming GETchan's only ally in the dispute. In March of 2014, Oniichan shut down and GETchan claimed it as its sovereign territory.

On 5 April, 2014, GETchan began the process of incorporating Oniichan into itself. On this day the Communist Party of Oniichan was formed and plans were put in place to rebuild Oniichan from the ground up as an autonomous chan under GETchan's server. The reason for this was the overwhelming majority of GETchanners who voiced their support for reunification in the referendum just six days earlier. GETchan also changed its name on this day from the "Soviet Socialist Republic of the GETers' Channel" to the "GETters' Soviet Socialist Channel" to fit with Oniichan's new name. On 30 January, 2015, Oniichan was fully reincorporated into GETchan.

The USSC, Stagnation, and MergersEdit

Talk of the formation of a union of leftist chans had been going on since early May of 2014, but serious talks began in mid-January of 2015. By 24 January, GETchan, /ref/, and /leftypol/ had decided to form the Union of Soviet Socialist Channels. The Union remained a loose confederation rather than merging and the project eventually collapsed on 31 August, 2015. This in combination with the effects of the Era of Stagnation resulted in GETchan being temporarily shut down.

On 15 September, 2015, the chan was restored despite initial plans to shut it down completely. The reason behind this was talks to merge with /ref/ and Lunachan. The plans to merge eventually culminated in /ref/ merging into GETchan on 25 September and Lunachan merging into GETchan in the form of /luna/ on 5 November. However, this was not enough to bring posting up, and /luna/ was voluntarily shut down by the Lunachan staff in June of 2018. With no end in sight to the stagnation, a further merger with Bunkerchan (the official bunker for /leftypol/ in case 8chan was ever taken down) was agreed on. GETchan (at this point the boards of /GET/ and /ref/), became an autonomous section of Bunkerchan in November of 2018. Despite this, the stagnation would continue for another 10 months.

On 5 August, 2019, 8chan (the chan hosting /leftypol/) was taken down and the /leftypol/etarians swiftly moved to their bunker. After some negotiation between the staffs of GETchan, /leftypol/, and Bunkerchan, an agreement was reached to axe unnecessary boards that could potentially interfere with the traffic of /GET/ and /ref/ (namely /dprk/ and /int/, respectively) as well as to move content from /leftypol/ to the appropriate GETchan boards. The most significant move of these was the move of /leftytrash/, a general from /leftypol/ with the original intention of being the board's random thread. With /GET/ taking its place as the sole random board on Bunkerchan, /leftytrash/ was given the option to move to /GET/ or stay in /leftypol/. With no objections to the /GET/ move, the move was announced on 14 August and was scheduled to take place 3 days from then.

On 17 August, the thread was moved and the remaining residents of /GET/ quickly bonded with the new /leftytrash/ users. The move quickly spurred new discussion and an influx of users, reaching heights of around 60 posters. Following the move, a vote was held for /leftytrash/ users to select a volunteer to represent their thread in the staff of GETchan. A /ref/ user was also selected and added to the staff, resulting in what has been described as the "three main communities of GETchan", pre-move /GET/, pre-merger /ref/, and /leftytrash/. The /leftytrash/ move is seen as the end of the Era of Stagnation for GETchan, with /GET/ quickly returning to its pre-stagnation numbers.

Unfortunately, on 22 April, 2020, the newest member of GETchan's mod staff, known simply as anon, leaked a private conversation between himself and Comrade King. This event led to anon's removal from the staff that same day, as well as his permaban from GETchan. Comrade King announced in the mod chat that night that he would be leaving GETchan for good. The following day, Comrade King posted his farewell on /GET/, declaring his alienation with the modern culture, permabanning himself from the site he created, and announcing Zeke Roa as the inheritor of GETchan's legacy. 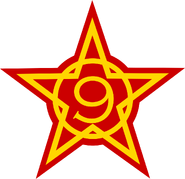 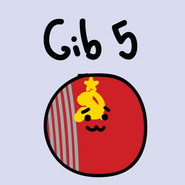 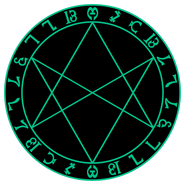 Emblem of the GET Threads 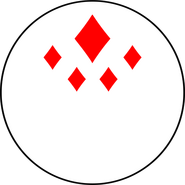 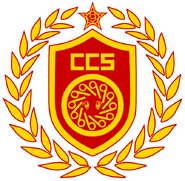 Comrade King's final post on GETchan
Add a photo to this gallery
Retrieved from "https://unitedchans.fandom.com/wiki/GETchan?oldid=5905"
Community content is available under CC-BY-SA unless otherwise noted.