Equestriachan (Full name: Equestria Channel) was a roleplay-themed, community-oriented imageboard. It was the fourth member of the United Chans from 26 February, 2013 until its shutdown in early January, 2014.

The first version of Equestriachan was created in early September 2011 by a Ponychan user named SnackPack. Most of the files, such as themes, were borrowed from Ponychan. After the initial burst of activity, the chan's traffic began to slow down. As a result, the staff of Equestriachan negotiated with the staff of Lunachan about a possible merger between the two sites. However, the talks came to a halt when Equestriachan began to experience extended amounts of downtime. The downtimes varied in length; however, they lasted from December 2011 until March 2012, when the site officially shut down. The reason for this is unknown, as the admin gave no explanation, even to the rest of the staff. It is suspected that it may have been due to money issues.

After a fallout with Ponychan's admin, a group of Ponychan RPers were banned and they moved to Google Docs. Eventually they moved to Skype. From there, an Equestrachan user named Giygas decided to build a new Equestriachan from scratch and the site was launched on 17 February, 2013. An entirely new staff was picked. The new management decided to shift the theme of the site to be more about roleplaying, as opposed to just being another general pony chan. On Equestriachan's launch, GETchan's staff decided to help with coding the site, forming good ties between the two chans. As a result, Equestriachan ended up joining the United Chans. It was the first chan outside of the founders to be added to the roster. After issues with traffic slowdown, the staff of the chan began to look for a possible site merger. After failure to find another chan to merge with, the chan eventually shut down in January of 2014.

After much complaining about the brokenness of the site on mobile devices, a mobile app was made for Android devices and anything based on Android that can access the Google Play Store. This app can be downloaded through the Google Play Store or using AppsGeyeser. Another way to get it automatically is to scan the QR code in the gallery. 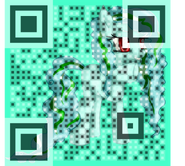