Dubschan (Full name: Doubles Channel) was a general-themed, community-based imageboard. It was the seventh member of the United Chans from 23 July, 2013 until its shutdown on 10 October, 2013.

Doubles are a simple type of GET where the last two numbers in a user's post number ends in two of the same digit. This is the most common type of GET. On Dubschan, every post ends in at least doubles. This is often met with responses of "nice" from other users. Doubles originated on 2chan, but they first gained popularity on 4chan.

One dark and stormy night, the denizens of Rizon's #/b/, a group of individuals from 4chan's /vp/ board, created Dubschan, a satirical chan based on the recent influx of imageboards that have been making their way onto the internet. This chan served as a place for these users to shitpost freely. Dubschan went virtually unnoticed until one of its users discovered GETchan. At first, the two chans were unsure what to make of each other, but they soon formed friendly ties. GETchan users proceeded to make Dubschan banners, a flag, and a logo. Dubschan received these gifts with gratitude. Little over a week later, GETchan and /ref/ invited Dubschan to join the United Chans. The admin responded that it would be a pleasure for Dubschan to join. On 24 July, 2013, Dubschan was raided by Nuchan. Nobody gave a fuck, though, so the raid was pretty much a failure. A raid was also attempted on GETchan because of its ties with Dubschan, but it also resulted in failure due to mod intervention.

As stated beforehand, Dubschan was created for satirical purposes. Most of its posts consist of shitposting with memes in a [s4s]-like manner. However, some /vp/ culture has also made its way onto the chan. Dubschan is basically what you get when you mix together [s4s], /vp/, and GETchan. And what a glorious mix it is. Flags have also recently been implemented, similarly to /ref/. The air of the site itself is very lenient, despite the chan having literally 106 rules. Dubschan itself has quite little traffic, because most of the communication takes place on the IRC. The chan itself seems to be reserved for shitposting purposes. Unfortunately, the chan was closed down on 10 October, 2013. The admin had expressed feelings of no longer wanting to run the chan, but the reasons behind Dubschan's shutdown are not certain. 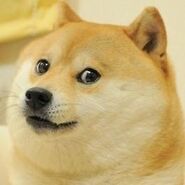 >tfw /tfw/ is ded
Add a photo to this gallery
Retrieved from "https://unitedchans.fandom.com/wiki/Dubschan?oldid=5696"
Community content is available under CC-BY-SA unless otherwise noted.