The April /sp/ Uprising was a conflict between the users of /sp/ and /sp/'s janitor. It has been compared to the June /int/ Uprising. The Uprising evolved from protests that began on 28 September, 2013 and ended on 15 April, 2014 that had little success. The users of /ref/ and GETchan expressed their support for the protesters, who have named themselves "Outlaws", and both chans hosted threads that planned for a strike back at the /sp/ moderation. For two weeks, the entire board was in a constant state of strife between the Outlaws and the administration. The Outlaws, /ref/ugees and fa/GET/s kept a constant flow of pro-communist and anti-janitor threads going, many of which condemned or belittled the janitor. The original protests and later uprising have also spread to other boards with disliked janitors, notably /jp/, /b/, /tv/, and /o/. As a direct result of the uprising, the "he does it for free" meme has also spread all over the chanverse.

As opposed to the June /int/ Uprising, where the users merely voiced their distaste for the janitor, the Outlaws in the April /sp/ Uprising instead poked fun at the janitor. As a means of fighting back, the janitor deleted every single post and thread that he disliked, using 4chan's global rule 8 as justification. Many users were also banned as a result of their protesting, which de facto indicates that the moderation supported him. Moot himself has yet to make a statement on the conflict, so his view on the matter is currently unknown. It should be noted, however, that Moot did not make an official statement after the June /int/ Uprising either, merely acting upon the users' demands.

The most popular methods of demeaning the janitor included belittling either his social or personal life, calling him a fascist, stating that he does it for free, creating songs that badmouth his moderation skills, and singing along to either "Under the Sea" and the opening of "Hey, Arthur!" that combines all of these things. On multiple occasions, it seemed like the Janitor had surrendered, but he came back full force each time. The conflict escalated even further on the nights of the 18th and 19th, with the Outlaws pulling out all the stops and the janitor cracking down on the board while pursuing an even stricter policy. The janitor even resorted to deleting sports-related threads for fear that they may have hidden meaning behind them. Only serial threads were spared. For this reason, the Outlaws began hiding in serial threads in hopes that they could spread their influence there.

On the 21st the Outlaws issued an official list of demands. These demands were as follows:

Towards the end of the uprising, the plan shifted from spamming to posting what the Outlaws called "bro culture threads", threads that were previously allowed but were banned when the strictness of moderation on /sp/ intensified. The uprising came to an end when GETchan and /ref/ withdrew their support and Funchan was created as an alternative to /sp/.

As soon as the conflict began, /ref/ extended a hand to the Outlaws on /sp/ and began to aid them in making threads. Comrade Lenin put on a Bulgarian proxy and began to lead the /sp/ users, resulting in a more organized protest. Some Guy began to write songs that made fun of the janitor and started to post them in threads all around /sp/. Many other /ref/ugees also assisted in making threads and bumping the anti-janitor threads. Word soon got to GETchan and the staff made an official announcement to recruit fa/GET/s to aid both /sp/ and /ref/:

"Dear comrades, our brothers over on /ref/ are locked in a heated battle with the janitor of /sp/ just as they were with the janitor over on /int/. Let us join them in their battle against yet another corrupt janitor! The plan is simple: We must spam /sp/ with anti-janitor and pro-communist threads in order to alert the administration that we are unsatisfied with the current situation over on /sp/! Godspeed, comrades!"

Soon afterwards, multiple fa/GET/s joined the ranks of the Outlaws and the /ref/ugees in an attempt to oust the janitor. The three groups are collaborated on /ref/ and made planned strikes against the moderation of /sp/. On 28 April, 2014 a moderator from 4chan visited /ref/ and began peace talks with the /ref/ugees. This was the beginning of the end for the uprising, for in this thread the /ref/ugees decided to make Funchan, which launched on 8 May, 2014.

On 23 April, 2014, an Australian /int/ user managed to hack into Moot's admin account. His goal was to expose the private information of an /int/ tripfag by the name of FWG. After exposing her IP and banning her 18 times, he revealed some information that greatly pleased the Outlaws. He posted an image of several janitors' IPs and identities, as well as their passwords. This included the /sp/ janitor. According to the leaks, the janitor goes by the name of "Cadfael". The hacker publicly announced that he would attempt a second hack of 4chan, this time getting more information on the /sp/ janitor and deleting his account, but it never happened.

Funchan remained stagnant after its creation, never receiving much attention from the Outlaws it was supposed to house. It saw little activity before quietly shutting down on 21 May, 2015. The Outlaws themselves eventually moved to Discord, where they started their own server in which they remain to this day. GETchan and /ref/ would later merge, with /ref/ becoming a board on GETchan. Largely a forgotten conflict these days, the April /sp/ Uprising is best remembered for being the start of the "he does it for free" meme, which still sees use on chans.

Flag of the /sp/ Outlaws 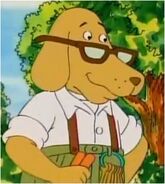 The face of the revolution 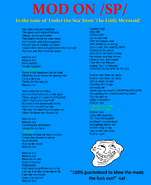 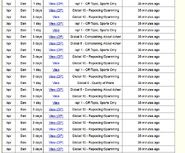 The result of one of the janitor's deletion sprees

Emblem of the GETchan /sp/ Guards 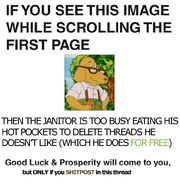 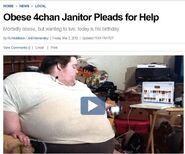 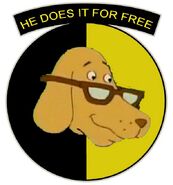 Add a photo to this gallery
Retrieved from "https://unitedchans.fandom.com/wiki/April_/sp/_Uprising?oldid=6019"
Community content is available under CC-BY-SA unless otherwise noted.